The training of medical doctors in the United States is often one shrouded in mystery and secrecy and that is how they want to keep it. Consider the recent article in The Dallas Morning News titled “UT (University of Texas) Southwestern faculty let unsupervised resident doctors operate at Parkland” written by Reese Dunklin, Sue Goetinck Ambrose and Brooks Egerton. In this article the three authors document case after case showing that resident doctors (doctors in training) use patients as “clinical fodder”. During the course of their investigation the institutions refused repeated requests to release statistics on the performance of their resident doctors stating “We want it dealt with among peers.”

Herein lays the problem. When doctors are allowed to police themselves little if anything happens to effect change. This “peer review” persists not only for doctors in training bur for attending physicians throughout the nation. Oftentimes medical mistakes (also known as medical malpractice) is handled behind closed doors with the patients and families ignorant that they have been the victims of negligence. 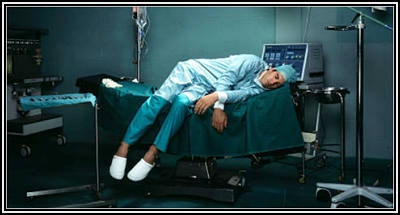 Now I am no babe in the woods. Doctors and hospitals want to deal with medical mistakes (medical malpractice) privately so that they do not have to pay money to the victims of their mistakes. I understand that motive. However, the fact remains that little real change occurs because of this behind closed doors policy to prevent the same mistakes from happening again and again. In end result is the doctors and the hospitals circle the wagons and keep quiet. Furthermore, if the injured patients sue for medical malpractice the offending physicians and hospitals force them to engage in lengthy and expensive litigation to receive compensation.

In one telling paragraph the article sums up the position of doctors: “The head of UT Southwestern's general surgery residency program once said it was “OK for residents to make mistakes” on patients “even if they could have been avoided with better faculty supervision,” according to notes taken by a faculty surgeon and later included in court records.” Really? Is it OK? I think not!

There is talk in the article about a “social compact” where “A social compact therefore binds hospital, medical school and community. Patients with limited or no insurance receive health care, and future generations of doctors get hands-on training.” this may be true to some extent but there has to be a better way – does there not? One simple suggestion might be closer supervision.

The rest of the article documents problems peculiar to UT at Parkland and is an essay in some doctors trying to do the right thing only to be rebuffed by their bosses. Maintaining the status quo seems to be the call of the day at this hospital. Unfortunately maintaining the status quo perpetuates a system steeped in mystery and secrecy and does little to address the real problems of unsatisfactory resident supervision and using patient as “clinical fodder.”