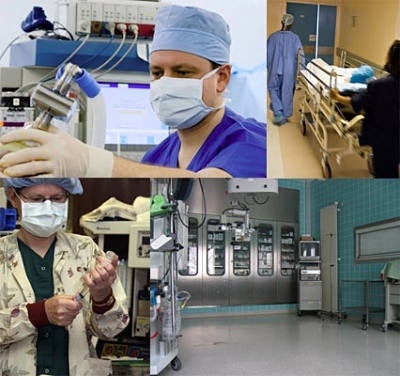 Anesthesiology is the branch of medicine dealing with inducing a state of loss of sensation either with or without the loss of consciousness. An anesthesiologist is one that administers anesthesia in an effort to induce a state suitable to allow procedures to be performed without the patient being aware of the procedure. There are many associated tasks and demands made upon the anesthesiologist in the performance of their duties.

Typically an anesthesiologist will place a tube in a patient's trachea in order to supply that person with oxygen and remove carbon dioxide from the patient during surgery. If this airway is somehow not sufficient or becomes dislodged during surgery it may cause harm, including brain damage, to the patient. The inappropriate administration of narcotics or anesthetic agents can also do harm. The failure of the anesthesiologist to properly monitor the patient during surgery may allow the surgical patient to become compromised and endanger their life leading to lifelong complications.

Improper documentation from preoperative evaluation can also do harm to the surgical patient by failing to note that the patient is allergic to later-administered medications. Improper documentation may also lead to future problems where a current operative problem is not documented and later operations encounter the same problem again allowing the patient to undergo unnecessary and known operative complications and harm.

Anesthesiologists often administer regional blocks where they insert a needle close to crucial nerves or the spine in an attempt to relieve pain. This procedure can be done prematurely and without informed consent of the potential devastating effects that can occur.