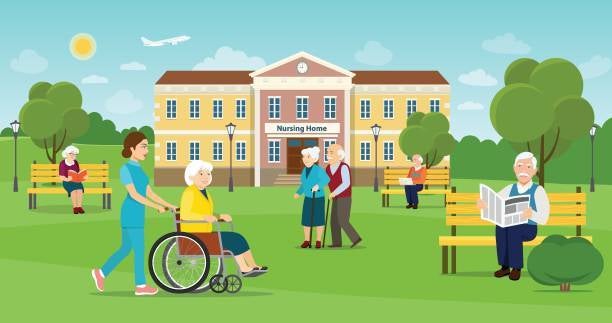 The picture above paints a rosy picture of the elderly enjoying retirement at a nursing home–it is oftentimes, not so!

The New York Times recently published an article titled “Maggots, Rape and Yet Five Stars: How U.S. Ratings of Nursing Homes Mislead the Public” It is a must read for anyone with a loved one in a nursing home or thinking about it.

The New York Times article criticizes the 1 to 5 star review system implemented by the U.S. Centers for Medicare & Medicaid Services. The system was based on a self-reporting scheme and an on-site inspections. The New York times determined that the system is broken.

The Tip of the Iceberg

We all know that what is actually discovered is usually just the tip of the iceberg. The more glaring and astonishing discoveries in the article include:

You have to read the New York Times article for accounts of maggots, rape and sexual assault.

Nursing home neglect is a tragic but all-too-common issue in the United States. It occurs when residents in nursing homes do not get proper care and suffer physical or mental health problems as a result. Many nursing homes treat residents with dignity and respect, but others fail to meet a basic standard of care. Some of the more common signs of nursing home negligence include:

Why Sue a Nursing Home

Nursing home negligence must be addressed. The only way I know of making nursing homes and extended care facilities live up to their promises is to hold them accountable in a court of law when things go wrong.

If we allow nursing home negligence to continue in our community we only have ourselves to blame for the outcome.

Contact attorney George Tait at George Tait Law if you suspect a loved one has been neglected in an Utah nursing home or extended care facility. We can usually tell you whether or not you have a viable case.