Negative Comments About Your Doctor Could Get You Sued 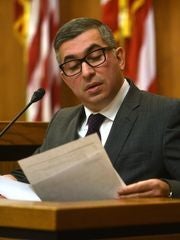 Everyone leaves reviews for everything. Whether it's the Wendy's down your block or the doctor you have seen since you were eleven. More people have started to review their physicians. But doctors and healthcare facilities are taking these people to court. Why? Because the reviews that people are leaving are hurting their practices and their reputations.

Retired Air Force Colonel David Antoon is one of many that expressed how they feel about their doctors online. Antoon had surgery about ten years ago that left him incontinent and impotent. He did not just leave one bad review for the doctor. Antoon sent him threatening emails and posted on Yelp all the surgeries his urologist had scheduled during his course of treatment. Dr. Jihad Kaouk, Atoon's urologist, went to the police and prosecutors when he felt it was getting out of hand. Atoon and Kaouk settled the case for $100 for the felony charges that Atoon could have faced up to a year in prison for.

Other Patients Being Sued:

What Lines Were Crossed

Dr. Guyuron's attorney says, “…that although the First Amendment protects patients' rights to post their opinions, ‘our position is she (or they) did far beyond that (and) deliberately made false factual statements.'” Posting things not factually based are considered defamation or slander. The definition of defamation is “the communication of a false statement that harms the reputation of an individual, business, product, group government, religion, or nation.”  Of course, we are only talking about the individual and business side of defamation. Slander is similar because it means that you make false and damaging statements about someone. You need to be careful about what you say online. Yes, you can have grievances but you need to make sure that you are sharing them in the right format. Write a complaint. Talk to your doctor directly.