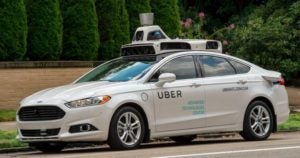 Uber, Lyft, and Waymo are among the list of tech companies that have begun to test self-driving vehicles. Many places around the United States test these cars. One of these places is Tempe, Arizona…or at least it was one of the places to be testing these vehicles.

Unfortunately, the testing has come to a halt after the death of 49-year-old Elaine Herzberg. Herzberg was walking across the street with her bike at night on March 18, 2018 around 10:00 p.m. One of Uber's self-driving cars struck her. The vehicle was going 38 miles an hour. The car was designed with motion sensors to detect if another car was about to hit them or if something was coming in the way of the car (like a woman walking her bike). According to the car's manifest, the car did not sense Herzberg crossing the street and did not show any sign that the brakes were engaged.

Since this crash the governor of Arizona has suspended such testing in his state.

It would be very traumatizing to be in the car when this occurred. Can this be chalked up to human error or is the car (or the company that made it) at fault? It is hard to distinguish who is at fault when this is a new technology.

What Will Happen to Self-Driving Cars

It is hard to say what will happen in the future for this type of technology. The most likely thing that will happen is that the companies that are doing these test runs will back off of testing for a little bit to fix the problems that happened here.

This accident was, and is, a tragedy. Car accidents alter lives in so many different ways. Some in death and some in major life-long injury. In any case, we at George Tait Law are here to help you get back on your feet. We will do our best to get you what you deserve.

George Tait Law and its Salt Lake City car accident lawyers are not representing any of the parties mentioned in this article at the time the article was posted.  Our information source is cited in the article.