Mother of Two Loses Her Arm, Fingers, and Legs After Failed Diagnosis 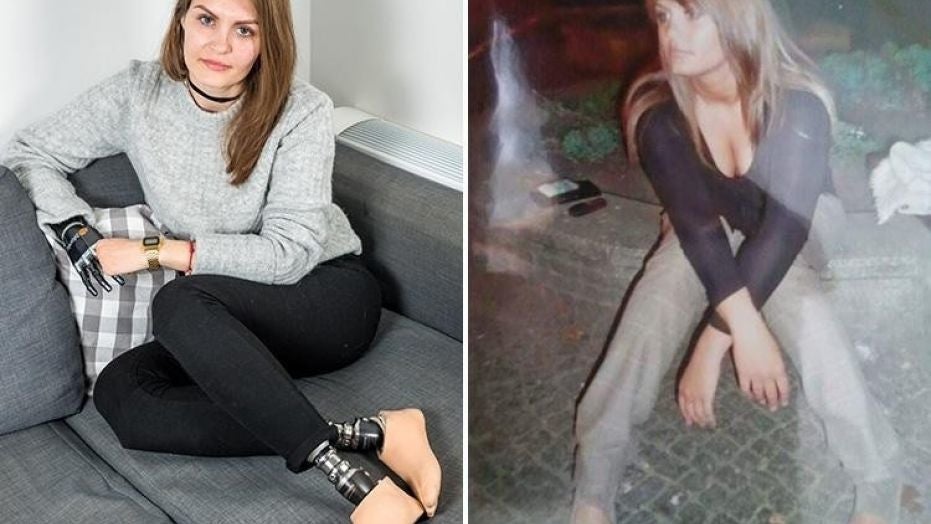 Raising children is hard. They require a lot of time and attention and can't do too many things alone for the first few years. Imagine having to raise a nine-year-old and a seven-year-old after having both of your legs, your right arm, and your left fingers amputated. Hard to imagine right? Well, this is the life of 31-year-old Magdalena Malec. She used to have both of her legs, her right arm, and her left fingers before doctors failed to diagnosis her.

This story starts back in 2014 in Luton in the United Kingdom. Malec went in to the emergency room because she had miscarried her third child. Of course, this would be terrible news to hear. However, the bad news would keep coming. Sent home with some painkillers, she returned to the emergency room after discovering an ectopic pregnancy. Malec had to undergo emergency surgery to remove that fertilized egg. Malec then had to go back for a kidney transplant.

During her recovery after the kidney transplant, Malec developed ischemia of her limbs. This means that there is a lack of blood supply to certain parts of the body. To make matters worse, she developed gangrene and the parts of her body that were not getting enough blood died. Malec explained to the media that this happened after the medical staff failed to recognize the warning signs of her sepsis.

Because the doctors and other medical staff at Luton failed to diagnosis her sepsis, Malec had to return to the hospital six months later to have her limbs amputated. In an interview with The Telegram, Malec said, “Nothing will restore what I had. I will never paint my nails again, I will never make a ponytail for my daughter. I do not trust doctors and I am very skeptical about all medical appointments and diagnoses.”

If the hospital had just followed their own sepsis protocol, they would not have had to amputate her limbs. The hospital and its administration has come forward and apologized. They also said that if they had just caught the sepsis at the appropriate time then the amputations would not have been necessary. Could you imagine hearing that? That what happened to you and changed your life completely could have been prevented?